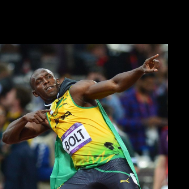 By where,
March 2 in Channel Zero

Golf is great.  3 & 1/2 hr walk with your buddy outside in the sun?  Good times.   replied before reading the thread and I see it’s gone to the pron gifs.  Also good times.

I just like putting wack plaid shit on, and paying someone else to walk around outside. It lets me forget, and pretend I'm emotionally, and financially stable good parent for a moment.