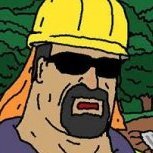 Just got back from a dolo trip to Japan. Didn’t know where else to post these. Shit was fun, wish I had more time, didn’t start getting into mypicture taking groove until mad late into the trip due to