What Are You Listening To 2020: Decade of the Douchebag.

By abrasivesaint,
January 22 in Music

music is a young mans game. I think most of us fell off where that’s concerned. I do like some of the new stuff but i don’t have the time or the patience to keep up with it or dig through all the rele

I miss going to record stores and talking to people about music. Learning new tunes from word of mouth... It’s cool having the world at your finger tips... but there’s no adventure in it. No thrill of 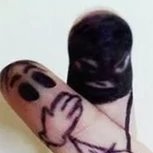 Still remember when this came out.  It's one of the few albums that I can't get 3 words into the intro and not hear the whole album.