got that snip snip

Wife brought it up once.   I was like hell fuckin no.    End of story.

I can’t tell if this is starting to feel like the old 12oz or if we’re actually in uncharted territory. 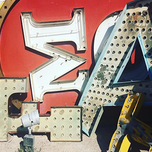 did it a few years ago. was less painful than getting accidentally hit in the balls. easy recovery. just followed doctors orders. got two kids. don't need/want anymore.    by far one of