The 12oz Middle Life Thread - Let's do this. 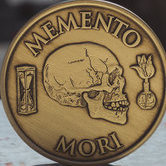 Holy shit...Just realized that I've been married and divorced since the last time I've really been on here. Hahahahaha!   Thankfully, still a full head of hair, painting abstracts and flying

Sold my house.  Sold/closed my businesses. Moved to LA. Still rescuing dogs. 20 years of being vegetarian. Still riding my fixed gear I’ve had for 13 years now. Started a

i don't really know how to put it but life has definitely given me a roller coaster ride, so i can relate to alot of you on this board. i guess i'll put in bullet points to make it quick and simple.