I got a lot of love for you all 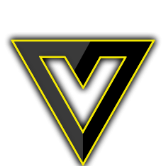 For real SMXXL's posts are one of the reasons I like channel zero so much.    Happy Birthday!!!