What are you doing RIGHT NOW.

After years of messing around with extension cords and air hoses I finally gave in and picked up some cordless tools. I finally saw the light when I was helping a friend work on his car in his small c 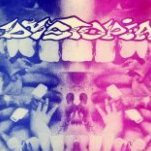 logged back on and celebrating my one year badge