and now i will shit all over explosions in the sky... 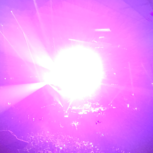