What Kind Of Cell Phone Do You Have? 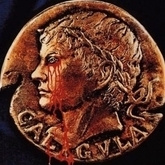 if you go with the s9, i'd get the s9+ instead....but wait a bit because the price should be dropping any week now.   samsung is also taking pre-orders for the samsung note 9 ...they did an

First phone as a LG flip phone, no clue on the model.       Always been with Verizon, my next phone was the Chocolate.  Got it just in time for an upgrade while my circle still had