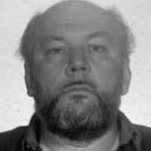 That is not a streak or a hobo moniker, find a tag thread for that.