been waiting for years to more meaningfully contribute to this thread.   yes I know I should have got a rescue  dog but two years of scouring the rescues sites for something that isn't "Pitb

Hola! I’m alive and well. Thank you everyone for messaging me, thinking of me, and for all the concern. Covid almost killed me, but tough old bitches are hard to kill 😊 Will be back soon with lot 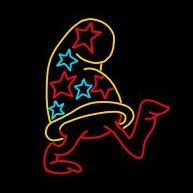